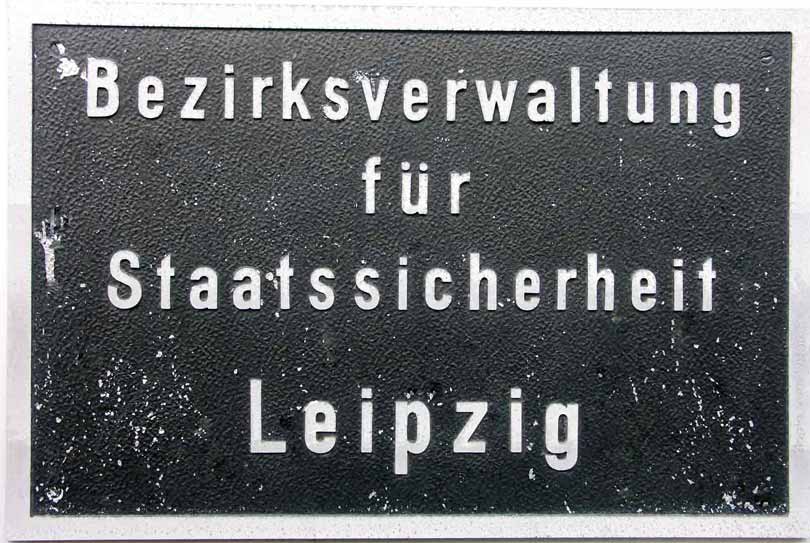 “Stasi” was the first new vocabulary item I learnt when I arrived at the Karl-Marx-University Leipzig as an exchange student in the 1980s. Short for Staatsicherheit – the hated East German secret service – Stasi was a word you whispered, like the name of a terrible disease.

In some ways, the Stasi defined East Germany. Certainly, in the retelling, the colourless men – and they were mainly men – of the Stasi have come to define the country they spied upon and harassed.

In some ways, that’s a shame. East Germany was much more than just a police state. For many people, it was a genuine experiment in socialism. It was also a vibrant counter-culture. And a place where money was not king. 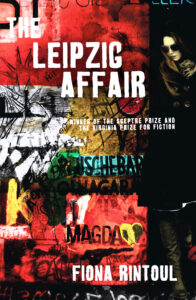 The Leipzig Affair by Fiona Rintoul
ISBN: 978-1906582975
Find your local bookshop (UK)
When I was writing The Leipzig Affair, which is set between the East Germany of the mid-1980s and post-reunification Germany, I wanted to bring out those other aspects, which had greatly impressed me when I lived in Leipzig as a penniless student.

Yes, the old apartments friends had in crumbling Gründerzeit tenements were run down and the toilet was on the landing, but, hell, they were cheap. Yes, there was censorship and the newspapers were full of propaganda, but the underground arts scene was cooler and more vibrant than anything I’d come across in Thatcher’s Britain.

At the same time, there was no escaping the Stasi. The East German secret service loomed as large as the tell-tale aerials that bristled skywards on the 1970s carbuncle attached to the elegant building in the centre of Leipzig known as the Runde Ecke – the Stasi headquarters. And, so, yes, of course, the Stasi looms large in The Leipzig Affair.

In the book, I concentrated on what I felt to be the most pernicious – and also the most fascinating – aspect of the way the Stasi worked: the use of “unofficial collaborators”. As the name suggests, these people weren’t employed by the Stasi. Instead, they signed a contract with the secret service to spy on friends, relatives and colleagues.

The contract, I learnt during my research, was always hand-written so no one could later claim it was forged – almost as if the Stasi had foreseen the opening of the files that happened after reunification. Unofficial collaborators met with Stasi officers in safe houses to impart their information. In return, they got money and sometimes favours or protection.

After reunification, when the files were opened, it was these very human betrayals that caused the most pain, and I tried to reflect that in The Leipzig Affair. It is not imprisonment that nearly breaks Magda, the central character, but the betrayal of friends and lovers.

There is something universal about these betrayals. Few of us have been pursued by the secret services. But almost all of us know the pain of personal betrayal. We must all make decisions about who to trust and what to tell whom, and we all make misjudgements sometimes.

That is why spy novels are so endlessly popular. That is why life in a dictatorship makes such a gripping topic for a novel or film. Life in East Germany was a heightened version of the lives we all lead. Betrayals hurt more because they caused more damage. Personal friendships were more important because it was hard to know who to trust. Trust itself was a precious commodity.

In The Leipzig Affair, I tried to explore these personal dramas, which resonate with us all. Perhaps they resonate even more now in this age of the Internet and endless sharing. I have at least one friend who’s been the subject of a hatchet job in tabloid newspaper that was based on information he’d shared on Facebook and thought was private. We all know, or know of, teenage girls who’ve been harassed by ex-boyfriends who wield intimate photos as a weapon.

It’s appalling to think what the Stasi might do with the Internet – even more appalling to realise how many little Stasi agents lurk in every office and school yard.

In truth, there is probably a Stasi agent within us all. Who hasn’t looked up an ex on the Internet? Or visited a web site that in theory they disapprove of?

This is another side to life in a dictatorship that resonates with us all: there is no black and white. In The Leipzig Affair, I tried to show that everyone is compromised by a corrupt system.

That’s true whatever the system. We have a perfect contemporary example of this in the Harvey Weinstein scandal. Screenwriter Scott Rosenberg has now told us that everyone fucking knew. But we knew that.

In many ways, Hollywood couldn’t be further from communist-era Leipzig. At the level of human machinations, however, it is exactly the same. 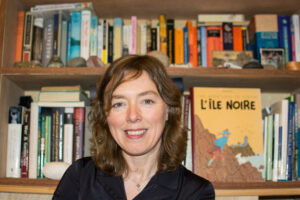 Fiona Rintoul is a writer, journalist and translator. The Leipzig Affair, which is her first novel, was shortlisted in the 2015 Saltire awards and serialised on BBC R4’s Book at Bedtime. Fiona is also the author of Whisky Island, a celebration of the Isle of Islay and its eight whisky distilleries in poetry and prose, which was shortlisted in the 2017 Fortnum & Mason food and drink awards, and translator of Erziehung vor Verdun (Outside Verdun), Arnold Zweig’s masterpiece of the first world war. She is a graduate of the Glasgow University creative writing programme and a past winner of the Gillian Purvis new writing award and the Sceptre prize. She lives in Glasgow and on the Isle of Harris.