This post takes a look at the experiences of political activists in East Germany (GDR) who had to deal with Stasi informants and infiltration before the fall of the Berlin Wall in 1989. END_OF_DOCUMENT_TOKEN_TO_BE_REPLACED

The Blues Scene in the GDR started in the late 1950s, gaining official recognition in the 1960s and peaking by the 1970s. But it wasn’t until the 1980s that the cultural power of the Bluesers was turned to political ends – this was the point at which the scene became strongly associated with the independent grassroots peace movement. END_OF_DOCUMENT_TOKEN_TO_BE_REPLACED

The Puhdys may seem an odd choice of music for the protagonist of Stealing the Future – a band that was quite happy to get into bed with the senile East German leadership in return for success and the right to tour in the West. They’ve been criticised for providing the state with plastic rock-music that had only the merest hint of the rebellion that rock’n’roll is supposedly proud of. END_OF_DOCUMENT_TOKEN_TO_BE_REPLACED 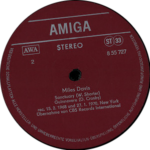 Originally I wanted music to play a much bigger part in the book - I was interested in the musical clash between East and West. It's not as if Martin didn't have the chance to listen to Western music - living in Berlin he could receive all the West Berlin radio stations. On the other hand he could only buy those records which the state record label, Amiga, released. END_OF_DOCUMENT_TOKEN_TO_BE_REPLACED

A walking tour around some of the squats of Friedrichshain, a trip to the Museum of Youth Resistance against the Nazis and the Communists, taking in the impressive Stalinist architecture of the Karl-Marx-Allee and the notorious police station near the film set of the The Lives of Others on Marchlewskistrasse. Consider doing this tour in the evening if you want to try the food, beer and punk bands playing in the social centres in the old squats!

In this Tour we’ll explore the ‘Kiez’ – the neighbourhood – where Martin lived and worked  in the East Berlin Series, including a visit to the Museum Lichtenberg.

Accessibility: The tour is along pavement which is usually of good standard (even without large cracks or gaps), although drop curbs can be hard to find on some junctions, and many roads are cobbled.

Get the S-Bahn to Ostkreuz station and use the Sonntagstrasse exit. To leave the station you used to have to go down a narrow cobbled lane and under a derelict railway bridge, but sadly this atmospheric reminder of the past was removed in spring 2016, and you now gain little impression of how shadowy this corner of Berlin was when Martin caught a glimpse of his pursuers in the blue Lada.

Walk up the Neue Bahnhofstrasse, over the crossroads and turn right into Wiesenweg. Trapped between train tracks, this forgotten corner on the edge of Lichtenberg is where, in the parallel world of Stealing the Future, RS2 had its offices. Now it is partially brown-field and derelict, although a few residential blocks and factory workshops still stand, taken over by light industry and clubs.

I went straight to the offices in Lichtenberg, finding a space to park on a patch of wasteland a couple of streets away. As I entered the building, I could feel my concentration sharpening, the smells of the staircase—polished lino, Optal disinfectant and the warm earthiness of brown coal smoke. Up the stairs, past the discreet sign marked RS2, and through the door.

Lentils, Coffee and a Park

Carry on walking down the Wiesenweg and turn right at the end, onto Pfarrstrasse. If you fancy buying some lentils to try out some of the dishes Martin was subjected to then pay a visit to Wurzelwerk wholefood shop on the Kaskelstrasse. Further down the Pfarrstrasse you can buy bread or have a coffee at the atmospheric cafe Canape, or browse through the small but perfectly formed selection of books at Paul + Paula – a collectively run bookshop that Martin would be proud of.

Go past the Wurzelwerk on the Kaskelstrasse, don’t go quite as far as the bakery where Martin regularly bought his bread rolls, but take the second right, onto Kernhofer Strasse. Part of the way down, on the right hand side you’ll see the park that Martin may have visited towards the end of his adventure. If you have children with you they’ll enjoy the play park, but sadly, there’s no rose garden.

The garden was unlit, the orange semi-darkness of street lamps not quite penetrating as far as what had once been the back yard. I wandered the narrow, curved paths between the rose-beds for a while, imagining rather than seeing the dark green and brown of the mottled leaves. Reaching one of the sturdy wooden props against the side of the house next to the park I turned towards the front. A figure was stood on the empty street, but from the silhouette I couldn’t tell whether it was looking towards me or the other way. As I watched the shadow it slipped away along the street.

At the end of the road is the site of the neighbourhood supermarket where Martin would have done most of his shopping, a typical East German design, but sadly demolished in 2014 to make way for the process of gentrification overflowing from the now-hip Friedrichshain.

Turning right on to the Türrschmidtstrasse, Martin’s flat was in one of the pre-war tenement blocks on the right hand side, backing on to the S-Bahn. Further along on the right hand side is the Museum Lichtenberg, a small museum with interesting exhibits on Rummelsberg, Friedrichsfelde and Karlshorst, including regular exhibitions on opposition in the GDR.

Turn right after the museum, going under the railway bridge, and turn right again. You’ll see the red brick Erlöserkirche (Church of our Saviour). Protestant churches played a major role in the 1989 revolution in the GDR – as the only large non-state organisation they could offer space for independent groups to meet and provide a measure of protection. Not all clergy were comfortable with this, including many leading church figures, nevertheless a number of churches throughout the country became focal points for opposition. The Erlöserkirche church was a meeting place for opposition peace groups in the 1980s, and became famous for the Peace Workshops held annually in the garden of the church. Thousands of dissidents came to these workshops to network, plot, plan and enjoy each others’ company, despite the heavy Stasi presence at the gates of the church.

Later on, illegal concerts which were held there (for more on concerts in churches have a look at the post Martin’s Music – Not Fade Away), and the Blues Masses were eventually moved here from the Samariter Church in Friedrichshain.

Further down the road, just past the school, you’ll see the trees that Martin hid behind in order to dodge his pursuers after leaving the Rummelsburg jail. Next to that is the S-Bahn station Rummelsburg.

To our right I noticed a Trabant spluttering along next to us. I was too high up to see who was inside, but I didn’t like the way the car was keeping pace with the tram. It looked like my watchers had picked up my scent again. I thought fast, the next stop was Rummelsburg S‑Bahn station, if I got off there I had two choices—get on a train, or just cross through the station to the other side.

To continue onto Tour 2 – Prisons, Factories, Russians and the Stasi then walk right through the S-Bahn station Rummelsberg (on the left hand side, just by the trees) to the other side where you can catch the tram. Otherwise, you can get on the S-Bahn which will take you to Rahnsdorf (Tour 4 – Tram through the woods). 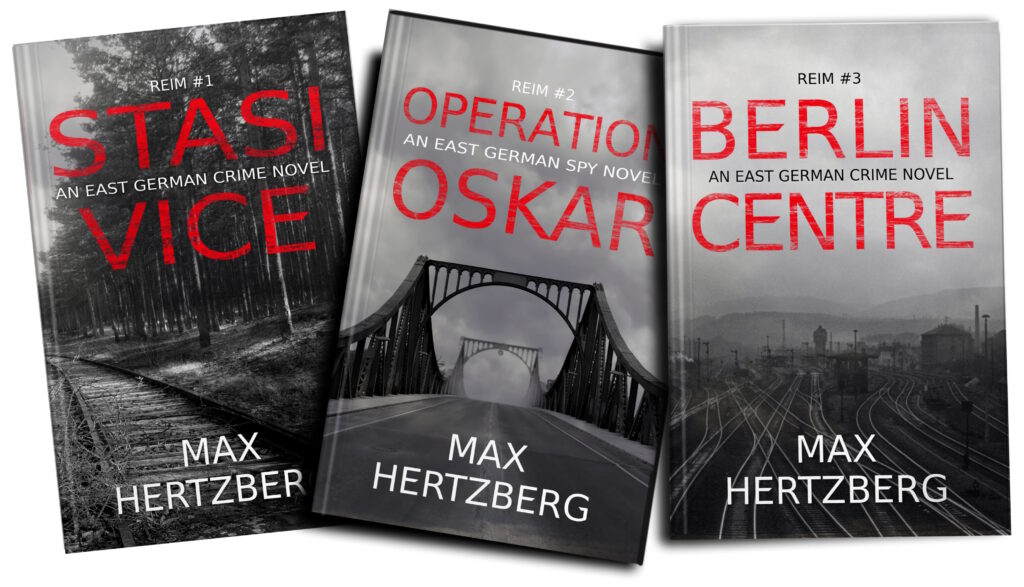